NFT: What are Non-Fungible Tokens That Everyone Is Talking About

by Fahad Khan
in Technology
0 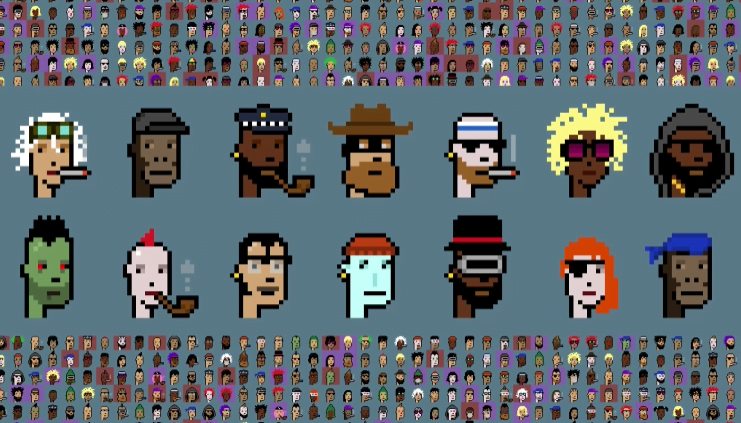 From the GIF of a cat leaving behind a rainbow trail to the first tweet in history, passing through a digital painting made up of 5 thousand images. Still, also videos and music: today, on the Internet, everything you create can be sold “in the form “of NFT.

An acronym that will not sound new to you (it has been defined by many as the topic of the month) and that you have surely read about two well-known personalities who have amplified the phenomenon to excess: Jack Dorsey, founder and CEO of Twitter, who has recently auctioned his first tweet as NFT for the modest sum of $2.9 million, and the ubiquitous cryptocurrency fan Elon Musk, who produced an electronic music track like NFT (titled of the same name) which will soon be on sale.

There are actually thousands of names associated with this new “obsession.” Quello of NFT, in fact, is a market that is growing at a dizzying pace: in 2020, the total turnover reached $ 250 million, about four times the previous year, as reported by the data NonFungible Corporation and the L’Atelier BNP Paribas.

Before discussing the meaning contained within these three highly inflated letters, it is necessary to make a premise: the term “NFT” is booming in newspapers all over the world, but the definitions attributed to it are many and often misleading. With NFTs, also known by the nickname ” Nifties, “some newspapers refer to the same digital objects sold, while others (we will adopt this line) to the digital “token” stored on the blockchain that corresponds to the media sold and which certifies its ownership and authenticity.

But what exactly are Non-Fungible Tokens (NFT)? And how do they work?

1. Once Upon A Time, There Were Crypto-Kittens

In the beginning, it was the kittens. The NFT phenomenon is not new. Its genesis is firmly anchored in a hugely popular “craze”: it was 2017 when the Canadian studio Dapper Labs developed CryptoKitties, a game based on the Ethereum blockchain that allows players to buy, breed, and resell kittens.

Virtual, each of which is unique (with its own genotype and phenotype), owned by users, and with a value that varies according to market trends (in 2018, a Kitty was sold for 140 thousand dollars). The game caused an increase in transactions on Ethereum to cover 25% of the platform’s traffic and generate a turnover equivalent to 19.6 million dollars in a short time since its release.

But what are NFTs specifically? The acronym of the term Non-Fungible Token translated as “non-fungible tokens,” means a set of digital information present within a blockchain that confers rights and characteristics to a specific subject. To simplify, it is an encrypted token associated with a media that, once purchased, becomes a certificate of ownership and authenticity recorded in a blockchain.

To understand its meaning more in-depth, it is necessary to dwell on the meaning of the term “fungible” and its opposite: a fungible good is an interchangeable unit with another of the same value, for example, a dollar bill. On the contrary, an infungible element has its own specific socio-economic individuality that does not replace another. Therefore, a non-fungible token is in itself unique of its kind, not interchangeable and irreplaceable.

Any type of media can be recorded with an NFT, from music to videos, through texts, works of art, photos, GIFs, and memes. Once the NFT has been purchased, the media continues to circulate freely on the network, but its rights become the buyer’s property. The purchased token is, therefore, a certification of the media or digital work, not the work itself. NFTs, therefore, attribute to a digital creation all the rights it would physically have as work, such as a rarity, authenticity, and ownership.

To use analog parallelism, an NFT would correspond to an autographed copy of an object, a sort of collector’s item, but in a digital version.

There are two types of NFT. The first and most popular, known as LRC721, is characterized by the trait of uniqueness. It means that a single contract is worth a token: a work sold through this standard corresponds to a single element.

The second standard, called LRC1155, is characterized by the fact that a contract is worth several tokens. In this case, it is as if the property is divided between several subjects, as in limited edition prints.

NFTs are based on the blockchain, a sharing technology that allows the storage and transmission of information or transactions by acting as a real “digital ledger,” known above all for Bitcoins but used in numerous other areas.

As for the functioning of NFTs, the blockchain technology used is the same as that of Bitcoin. Unlike cryptocurrencies, however, NFTs cannot be traded directly with each other. This is because, as already explained, there are no two identical non-fungible tokens, which correspond to the same “value.”

There are numerous attributes of NFTs. They are indivisible; that is, they cannot be subdivided into smaller denominations and exist only as a whole object. They are also indestructible: the data of non-fungible tokens, being stored on the blockchain via smart contracts, cannot be destroyed or removed. And they are verifiable: digital works of art, for example, can be traced back to their creator and therefore authenticated without any need for verification by third parties.

The sale of NFTs can take place using different currencies, such as dollars or euros since blockchains are essential for certifying their authenticity but not for their exchange. In recent months, numerous NFT marketplaces have appeared on the market, real non-fungible token trading platforms, such as Nifty Gateway, OpenSea, Known Origin, and many others.

If it is true that NFTs can be associated with any (or almost) digital content, it is above all in the world of art that the phenomenon has established itself. According to the Crypto.art portal, in November 2020, NFT-based artworks’ sales reached 1.5 million dollars. In January 2021, they exceeded 10 million, but the actual increase involved the month of March when they shot up to $120 million. A digital work in NFT, stored in blockchain, is digitally signed by the artist and is therefore unique and rare compared to copies circulating on the net.

The case histories are innumerable and emblematic. On March 11, a work by Mike Winkelmann, a digital artist known as Beeple, was auctioned for $ 69 million at Christie’s, making him the third highest-rated living artist after Jeff Koons and David. Hockney.

The work “Everydays – The First 5000 Days “, a collage of five thousand digital “paintings” created by the artist, has raised a wind of revolution in the art market: it is not only the first NFT work to be sold by the historic house auction, but its sale also marks the official entry of a “digital object” into the traditional art circuit.

Beeple himself stated in an official statement:

This sale will certainly mark the beginning of a new chapter in the history of art, that of Digital Art.

By purchasing the work of Beeple, a person known under the pseudonym of Metakovan (owner of Metapurse, one of the leading NFT funds in the world), he bought nothing more than a JPEG file placed in a digital wallet made unique by a smart contract address made of pixels and bytes, which has been “minted,” that is, coined. It, therefore, did not acquire the physical property of an object, as is usually the case during the sales of works of art, but the digital property.

“When the digital creation is acquired, the buyer receives the file with the work that incorporates a set of information including the time of creation, the size, the circulation and the track record of any sales, including price and previous owners, “writes Forbes.

In reality, the association between art and blockchain technology is not new and is reflected in the crypto-art genre, which has already been established for some years, on whose merit, however, we will not go down.

The initial reaction of anyone approaching the curious world of NFTs for the first time is to ask what is the point of acquiring – and consequently to claim – ownership of a file, since it can still be copied and “consumed” by all. We have no univocal answers to the question. The fact remains that in the aleatory and intangible universe of the network, NFTs represent a way to assign value and authenticity (but also belonging) to the “objects” present in it. In doing so, the concept of exclusivity and rarity is introduced for the first time in the online world.

And exclusivity – although rather an end in itself – it is, given that by purchasing an NFT, you appropriate the file of a digital object and the metadata that prove that you own that object.

Indeed, with creating an NFT linked to a file destined to become popular, the possibility of “capturing” the value of viral content opens up.

As can be guessed, even the glittering world of NFT hides its thorns. The risks that can arise with their use are many, first of all, that of theft of digital works of art. As reported by Malwarebytes, hackers recently hacked into some users’ accounts on the Nifty Gateway digital marketplace. They stole pieces of art worth thousands of dollars, which were later resold on Discord or Twitter as NFT. This is possible because the blockchain is designed to prevent counterfeiting, but not theft: if someone steals an NFT and resells it, the blockchain will record the sale irreversibly.

In other cases, some artists have reported that their works have been stolen and resold on NFT’s trading platforms without their knowledge and authorization, realizing it even long after the incident. The people who created the NFT probably “copied” the artwork from the artists’ websites.

Then there is another aspect that should not be overlooked, linked to the environmental impact of NFTs: not being able to ignore the blockchain, a notoriously expensive system from an energy point of view, even non-fungible tokens are automatically unsustainable.

It is not yet clear what scenarios will emerge when the hype raised by NFTs dies down. What is certain is that the clamor and the dizzying numbers that accompany their rise inevitably suggest a speculative bubble that could burst with the same ease with which it was generated, as happened recently with the GameStop case.

It is equally valid that, especially in the world of digital art, many digital artists could find in NFTs a new, concrete profitable opportunity, seeing recognized the value of their work that would otherwise tend to get lost in the ether due to the extreme ease with which it can be copied and disseminated. Different speech for media such as GIFs, memes, and social posts, whose commodification inevitably sounds bizarre and not very sensible to most.

Revolution or passing fashion, the phenomenon of NFT attracts many and displeases as many. We just have to wait to find out what the future holds for them.

Among Us Hack Can Get Your Account Banned Forever! 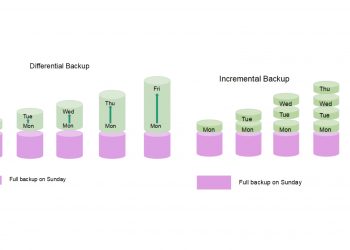 Among Us Hack Can Get Your Account Banned Forever!