by Fahad Khan
in Technology
0 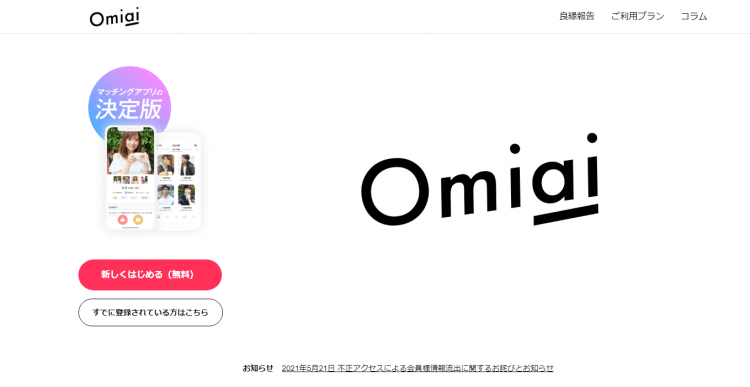 Net Marketing Co powers omiai and the company confirmed the hack. They also added that among the hack, there are original photos of users and government-issued ID along with their insurance cards, passports and driving licenses.

The app is named after the Japanese word for matchmaking, which had nearly 6.8 million active accounts as of April.

However, the app is free for women and charges a subscription fee from its male users $37 a month, translating into 3,980 yen.

Net Marketing’s shares fallen in Tokyo after the biggest hack. Currently, Net Marketing is valued at around $70 million on Tokyo Stock Exchange.

This is not the first matchmaking app that had been hacked. Previously Ashely Madison was hacked, which exposed 37 million user data online.

Omiai is Japan’s only online matchmaking service that has doubled its size in the last four years showing a 70% growth in revenue.

The app also collaborates with the local municipalities in Japan to promote moving after marriage to rural areas.

8 Important Things To Have In A Streamer Setup (2021 Guide!)